This happens more than I realized. Many chemical manufacturers use sodium bromide in their algae control products or specialty products like yellow something (but not Yellow Out), or not any more problems and so on. Most of them contain sodium bromide. You must understand that even a few ppm of bromide will switch the pool to a bromine pool.

So, someone uses a sodium bromide-based product and now they have a bromine pool and don’t know it. But what will happen is that the pool will be using more chlorine than before. The reason is discussed below.

Another way that bromine gets into the pool is by a bromine spa being emptied or drained into the pool. Sometimes a spa that is connected to a pool has been using bromine and the spa is emptied into the pool. At some point, the bromide that was in the spa water will build up in the pool water to more than a few ppm. When this happens, the pool is switched to bromine. It will continue to be a bromine pool until the bromide ion level is nearly gone or zero. It is possible to have a partial bromine pool which is a mixture of bromine and chlorine. If there is 1 or 2 ppm of bromide in the water and say 5 ppm of chlorine is added, then you might have 2 ppm bromine and 3 ppm chlorine.

Service techs take over a new pool and bromine products may have been used. They can’t tell if the pool is bromine or chlorine.

Bromine gets into water from sodium bromide plus oxidizer, bromine tablets, or bromine-based algaecides which makes the killing form of bromine called HOBr (hypobromous acid) and the HOBr then dissociates into a non-killing form of bro- mine called OBr– (hypobromite ion). Together these make total bromine. Chlorine you remember makes HOCl and OCl–.

Once the HOBr is degraded by sunlight or used in disinfection, HOBr becomes non-killing bromide ion (Br–) which is now part of TDS. Bromide also can be added by the addition of bromide-based algaecides and other specialty products, or by dumping a bromine spa into a pool. All the bromine in the pool eventually becomes bromide ions (Br–) just like all chlorine becomes chloride (Cl–). But bromide can be recycled by adding any oxidizer which includes any type of chlorine, ozone, monopersulfate (MPS) or shock treatment. Bromide ions react with an oxidizer to make hypobromous acid according to this reaction:

The problem is the bromide ion (Br¯). Regardless of how the bromine got into the water, if the bromide ion concentration is more than a few ppm, all chlorine or oxidizers added to the water will convert bromide ions into HOBr. None of the chlorine added will provide a chlorine residual unless an excess of chlorine is added.

If the pool has become a bromine pool, it will start using a lot of chlorine. The reason is that HOBr and OBr– in water is subject to degradation by sunlight. In fact, the loss is 65 percent in 2 hours. That’s right. In 2 hours in direct summer-time sunlight, 65 percent of the bromine in the water, will be gone due to UV degradation. And 65% of that in the next 2 hours. So in 4 hours, you pretty much have no bromine. And, you can not stop it. Cyanuric acid that we use for protecting chlorine from UV does not work for protecting bromine. The HOBr and OBr– are reduced by UV light to the inactive bromide ion (Br–). The bromide ions remain in the water.

Speaking of readings. If you have a chlorine pool that has been switched to bromine, your test kit is now reading bro- mine in the pool, not chlorine. And the proper level for bromine in the water is 4.0 to 6.0 ppm, so you need to use the bromine scale on the test kit or test strip, or if it does not have a scale, you can multiply the apparent chlorine reading by 2.25 to get bromine.

New Way to Tell if a Pool Is Bromine or Chlorine

Interestingly, there is a way to distinguish between chlorine and bromine using a traditional DPD or FAS-DPD test. The original idea for this method was posted in the Trouble Free Pools website in 2012 and again in 2015 by Richard Falk, also known as Chem Geek. I thought doing the test in a 5-gallon bucket and using household ammonia that is available every- where was a better idea and Richard helped me reduce the ammonia dose amount to drops in a bucket. Then you will not need to buy a new test kit.

First, the free chlorine test is performed normally which gives a free chlorine (FC) reading. The reading could also be a total bromine (TB) reading, but you cannot distinguish between FC or TB. Next, measure total chlorine (TC) then subtract FC from TC to get combined chlorine (CC) or you measure CC directly with a test kit. We need free and combined chlorine.

So if ammonia is added and the FC turns into CC, then you’ve got chlorine. If instead, the apparent FC stays as FC after adding ammonia, then you’ve actually got bromine and are just measuring total bromine. You can even have a mixture of chlorine and bromine and distinguish between them with this same technique. Pretty clever, eh?

Yeah, but who wants to try and figure out what kind of ammonia, how much to add to a little sample cell, finding a way to measure very small amounts and do those calculations? Nobody.

Household Ammonia 3% (Ammonium Hydroxide) but could be any percent

Note: A different percent can be used but the drops needed in Step 4 will change – see below

FAS-DPD Test kit is best but you could use a standard DPD, electronic lab or maybe test strips

Write down FC and CC

Water should have an FC reading of 3.0 ppm or more

Mix and wait about 30 seconds

If the reading for FC and CC do not change or all chlorine is still FC, then the pool is bromine-based If the all the FC now is CC and there is no FC, the pool is chlorine-based

If you get a reading that shows both free and combined, add more ammonia to the bucket and repeat the test. If all chlorine becomes CC the pool is chlorine-based.

This is an easy way to tell if you have a bromine or a chlorine pool! 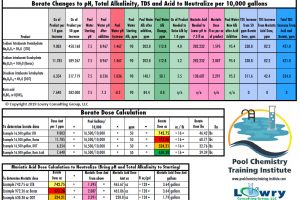 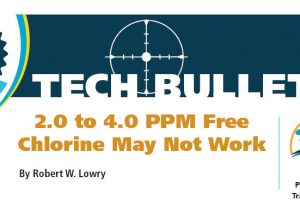 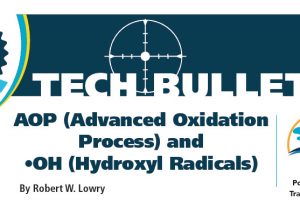